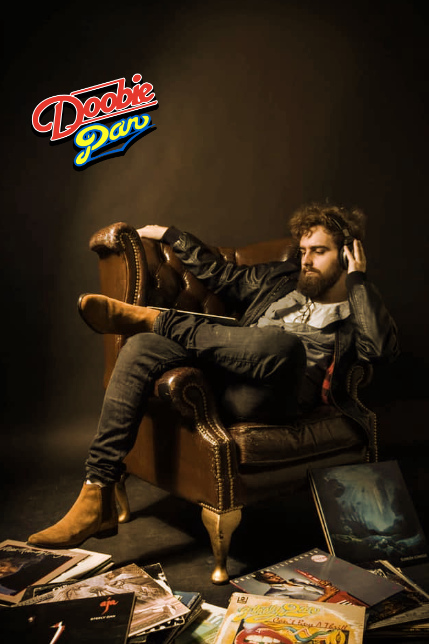 As fans of Steely Dan and The Doobie Brothers will no doubt know, trying to conflate the hit songs of even one of these fantastic acts into a single setlist is a herculean task. We in Doobie Dan have put a lot of thought and care into our show and are proud to be delivering a 120 minute extravaganza that is sure to delight fans of all kinds.

Doobie Dan‘s setlist draws from many eras of both bands, from the early 70’s grit of Steely Dan‘s Can’t Buy a Thrill and Countdown to Ecstasy with fantastic songs like Reelin’ in the Years, Do It Again, My Old School and Bodhisattva. Recorded at a similar time we have The Doobie Brothers‘ Toulouse Street and The Captain and Me with the rolling rocky beats of Listen to the Music, Jesus is Just Alright, Long Train Runnin’ and China Grove.

As the 70’s progressed, both bands went through some meteoric changes, with The Doobie Brothers‘s longtime frontman Tom Johnston succeeded by blue-eyed soulman Michael McDonald, himself being a longtime Steely Dan collaborator. Walter Becker and Donald Fagen also famously relied less and less on a consistent lineup of musicians to deliver the albums of Steely Dan, with The Royal Scam being the their first to use a massive array of now legendary session musicians such as Chuck Raney and the hitmaker himself Bernard Purdy.

The result from the artists was a group of albums with a far more polished sound, from Takin’ it to the Streets and Minute by Minute’s hits like It Keeps you Runnin’  and What a Fool Believes, through to Aja and Gaucho with the sophisticated grooves of Hey Nineteen and Peg. Finally, for good measure, Doobie Dan features songs from Michael McDonald’s and Donald Fagen’s solo careers – I Keep Forgettin’ and New Frontier!

All these songs and many more are fantastically reproduced live by Doobie Dan, find our next nearest gig by heading over to our tour page!